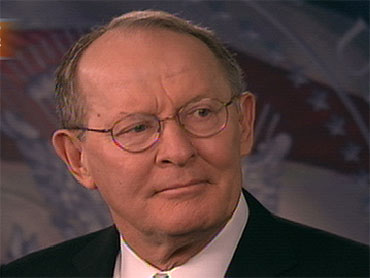 Senator Lamar Alexander published an op-ed in which he claimed that the Obama Administration has allowed increased state choice in schools:

“My colleagues and I agree with the Obama administration that after a decade of federal rules, more responsibility needs to go back to the states. No Child Left Behind has made one thing clear: when it comes to education reform, the states are both highly capable and highly motivated. Since 2002, 44 states and territories have adopted common core academic standards, two groups of states are developing common tests for those standards and 44 states are collaborating on common principles for holding schools accountable for student achievement.”

But even when the cash-starved states had a $4.35 billion carrot dangled in their face, no state legislature has yet voted to implement the Common Core Standards and taken responsibility for the immense cost.  Mr. Alexander has resigned his position in leadership to work “across the aisle” on more issues.  It looks like he is going to be the Obama Administration’s go to guy in the Senate GOP to nationalize education policy out of Washington.

Selling a Washington-driven nationalization as “state choice” is radically disingenuous but nothing out of the ordinary for advocates of education centralize-and-control policies.