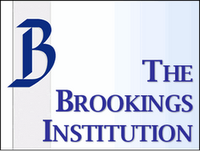 The left-of-center Brookings Institution has a new report that indicates that the United States is not falling behind the rest of the world in education.

It turns out that the “education reformers” who insist that the US public education system needs to be made accountable to Washington bureaucrat are hyperventilating.  Brookings declares that at worst the US is “statistically indistinguishable” from its peers.

They also announced that the Common Core State Standards Initiative is not going to help:

Loveless has served since 2004 on the general assembly of the International Association for the Evaluation of Educational Achievement, which administers the top two global skills tests.

His findings, part of Loveless’ annual Brown Center Report on Education, also include the first major challenge to the Common Core standards, a proposed set of national academic benchmarks that President Obama and others say will improve schools nationwide.

Loveless says the standards are unlikely to produce improvements, because states have had their own “common” standards for decades, and variability among schools within each state remains wide.

He says the Common Core will likely have little effect on achievement.

“The nation will have to look elsewhere for ways to improve its schools,” Loveless says.

So, a manufactured international education crisis, a power grab by Washington, poor and ineffective methods of reform, that sounds a lot like what we have been saying all along.

It will be interesting to see how the hyperventilating “education reform” leaders in the Obama Administration and the National Governors Association respond.