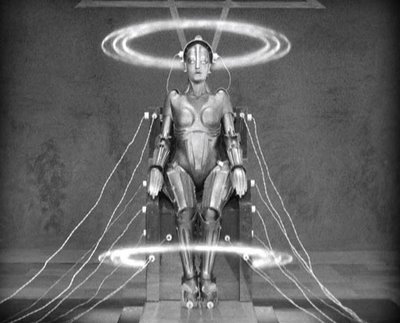 And this, my friends, is how it’s done.  This is how Progressives/Liberals have changed America right in front of our faces – right before our very eyes.

“Oh, this sounds great!” you think as you begin to read.  After all, what in the world could possibly be bad about “turning around” schools?  We all know they are in horrible shape!  Yes, yes, sending workers from the community out into the community to help kids stay in school!  This is awesome!

Unfortunately (or fortunately – I guess it depends upon where you sit on the ideological fence) I tend to see this kind of thing coming immediately.

After becoming acquainted with the idea of Community Organizing and Saul Alinsky some years ago, I have an extreme alert hit my heads up display when I hear something – anything – that has the word/s National and/or Service in the title.

It seems particularly well-timed, in fact, that yesterday my friend Kaye Beach posted this on my Facebook page – “The Turning of the Tides” by Paul W. Shafer and John Snow – written in 1953.

This document lays out how the Intercollegiate Socialist Society and the League for Industrial Democracy (still going strong TODAY by the way) along with UNESCO and John Dewey, took over the public schools.  It literally made me sick to my stomach to scan the document, however, once I had been turned on to that one, I quickly found, “Vital Speeches of the Day – Education for the New Social Order”.  Interestingly enough, this speech (printed February 26, 1948) had a subtitle called, “Tragic Results Now Apparent”.

This speech absolutely puts the nail in the coffin of our thesis four years ago as we began ROPE, that our public schools have completely brainwashed kids in US History so that they have no real knowledge of civics, our Republic and/or the Constitution.  The speaker, Augustus G. Rudd, Chairman of the Guardians of American Foundation and delivered before the National Society of New England Women in New York, clearly lays out the mechanism by which American young people were so brainwashed.  It began in college with the inception of liberal professors from Columbia University (instructed by John Dewey) and filtered down into secondary schools through TEXTBOOKS.

In fact, the National Education Association sponsored such a set of textbooks called, “Building America”.  The Sons of the American Revolution in California so detested these books, that they took the NEA to court to get an injunction against allowing them in schoolrooms.  This was the opening salvo of their court case,

“Building America is a subversive publication in that it undermines principles essential to our form of government.”

Under the heading “Scheme of Indoctrination” Rudd writes,

“Briefly, that is how it happened – how the radical teachers captured the citadel of learning, while parents did not realize what was going on, and consolidated their position by means of great organizations such as the NEA.”

Goodness!  There is absolutely NOTHING more descriptive than that particular paragraph as far as I’m concerned.  This point is driven home further when one remembers that our own State Superintendent, Janet Barresi, has hired a former OEA/NEA president and lobbyist to work for her in the Oliver Hodge Building and has singlehandedly brought about more state and federal control over Oklahoma’s public education than her predecessor Sandy Garret did in 20!

And so, with these little pearls of wisdom tucked carefully into our hat bands, let us review the article concerning how ‘National Service’ organizations can ‘fix’ public schools.

So, what is “National Service”?  Well, we’re told about the disparity in education between the rich and the poor right away, so it takes a bit of time to get to the meat of “National Service”, but apparently, the writer believes, it happens through community organizations such as “Citizen Schools”, “College Summit” and “Diplomas Now”.

He cites AmeriCorps as ground zero of this effort,

“Again, working through AmeriCorps, City Year AmeriCorps members—who receive a small living stipend and modest funding for their educations—serve students in grades 3-9 in nearly 250 schools across the country. They work with students before school, after school, and throughout the school day, delivering targeted academic interventions aligned to the common-core standards, and social-emotional support.”

Again, that sounds so awesome!  And cheap too!  What are we thinking NOT to attempt this in OUR state/community?

Well, it actually goes back to a sentence the writer inserts right after the one above,

“As near-peer (close in age) mentors, corps members are uniquely positioned to build strong relationships with students that can help them identify and report issues requiring more-intensive services.”

Yes, they may be uniquely positioned…TO INDOCTRINATE THESE YOUNG PEOPLE ON AN IDEOLOGY COMPLETELY OFFENSIVE TO CONSERVATIVES.

The writer goes on to say that the Diplomas Now turnaround model,

Fortunately, the writer is honest.

I did a bit of a search on these “idealistic”, “National Service” organizations.

City Year – run by AmeriCorps.  City Year use AmeriCorps members as tutors, mentors and role models through Academic Support, Attendance and Positive Behavior Encouragement and Community and School Improvement projects. Their mission is to

“build democracy through citizen service, civic leadership and social entrepreneurship. It is through service that we can demonstrate the power and idealism of young people, engage citizens to benefit the common good, and develop young leaders of the next generation.”

Build…DEMOCRACY?  Guess you’d really have to r
ead the articles above to find out why I object so strenuously to this ‘model’.  Here’s another one for you,

“City Year’s work in schools is strengthened by its deep history in community service. Since 1988, City Year has been a leader in the growing national service movement, leading to the establishment of AmeriCorps, the passage of the Edward M. Kennedy Serve America Act, and the creation of Voices for National Service.”

This legislation built on the first National Service Act signed by President H.W. Bush in 1990. It also formally launched AmeriCorps, a network of national service programs that engage Americans in intensive service to meet the nation’s critical needs in education, public safety, health, and the environment.”

It is funded by taxpayers (so, as usual, the government can turn on those of us that want it ONLY in its Constitutional role!), but there is much room for people who would like to donate – such as the venerable George Soros!  I thought I might go on, but this article really hits the nail on the head of what a despicable organization really is AmeriCorp.

What about Citizen Schools?  Well, I’ll just go ahead and give you the “about” page from their website.  I think the number of organizations with which Eric Schwarz (the Co-Founder) has been involved will make it easy for you to make up your mind about his ideological bend.

What about College Summit?  Well, just troll around this website for a bit.  Look under leadership and staff.  Note that Barack Obama has donated a large chunk of his Nobel Peace Prize (snicker) to this organization.  Note that Bill and Melinda gates are prominent supporters.  Note that College Summit has applied for and received a Race To The Top grant for districts.  Lots and LOTS of federal involvement here!

What about Diplomas Now?  This is a

“national campaign to put all students on the path to high school graduation”.

Certainly a lofty cause and the one thing going for them is that they appear to be solidly non-profit – taking no taxpayer money.  Apparently, Diplomas Now is funded by the corporation so fully in the pocket of Barrack Obama that they changed their logo to match his during the last election cycle. Give up on who that could be?

And so my friends, there you have it.  Now – especially if you’ve never heard ANYTHING reported in this little expose – go to the mirror, point your finger at yourself and realize that you are the reason we stand a chance of losing a limited government Republic genetic only to this particular chunk of soil, to a man/party who would create his/their own flag they detest America so. 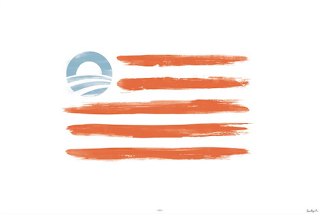 Our fathers, mothers and grandparents quite apparently trusted the idea that schools were a bastion of all that was good in America to our very sincere detriment.  It must have been swimming upstream for these writers in the late 40’s and early 50’s to come out with their research.  I can just imagine the finger wagging, scoffing and cocked heads they met.  Sad that today they are fully vilified.

Today, we see the fruits of their research.

If Americans can ignore what stares them right in the face – the metered, specific, planned destruction of their country through its educational system – then, unfortunately for me and those of us that are fully awake and believers, we’ll get the fascist we deserve come November, 2012 and really see for what they have planned so long and so well.

PS: The picture I have used to depict the “ghost in the machine” is from the movie Metropolis.  I had heard of the movie, but never read anything about it.  I pulled up Wikipedia for the movie and found that, interestingly, the plot of the movie isn’t too very far from the plot actually pulled off in American public education.