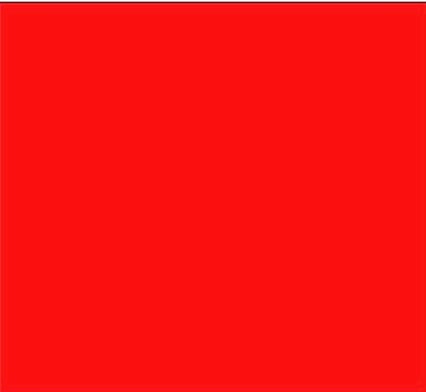 That’s it.  Right there in that box.  That’s how I see HB3399 and the Common Core fight in Oklahoma.

I see nothing but red.

When I started trying to fight Common Core years ago, I remember being gullible enough to believe that because Common Core wasn’t right, it was stoppable.  I remember being looked over, ignored and shut out by parents, legislators, the State Department of Education (SDE) and taxpayers, but I remember believing the truth would somehow win out.

I don’t believe that anymore.

I do believe Josh Brecheen and Jason Nelson have worked longer and harder on HB3399 this session than any of their other bills – and that both men genuinely want to stop Common Core and give Oklahoma excellent standards of our own without federal control.  I have no doubt about that anymore.  I also DON’T DOUBT the following facts:

Brad Henry took State Fiscal Stabilization Funds (SFSF) from the Obama administration and when he did, he began the process of handing over Oklahoma’s public education to the federal government.  He didn’t stop there, though, he continued the process by applying for a Race to the Top (RTT) grant.  For every education ‘reform’ Oklahoma put into LAW, Oklahoma got more ‘points’ on their RTT grant. Consequently:

Once Governor Mary Fallin and Superintendent Barresi took office, it only got worse.  As I have said numerous times, these women have spoken out of both sides of their mouths with forked tongues for as long as they have been in office:

Superintendent Barresi has – on innumerable occasions – spoken with great forcefulness against the intrusion of the federal government into education all the while applying for a FEDERAL Race to the Top Early Learning Challenge grant, aNo Child Left Behind Waiver and a State Longitudinal Database grant enmeshing Oklahoma in a veritable web of FEDERAL CONTROL all while ceding control of the Department of Education to employees from Achieve (John Kramen – Executive Director of Student Information – or as I call him – Executive Director of Stealing Student Privacy) by way of the American Diploma Project and former employees of the Jeb Bush Excellence in Education/Chiefs for Change circle.

Governor Fallin has gone so far as to create an Executive Order decrying federal involvement in public education all the while SIGNING OFF on every single federal grant generated at the State Department of Education including the NCLB waiver which she says, “Oklahoma passed several landmark education reforms last year, and we expect those improvements to our educational system to continue to improve the quality of our schools raise performance levels among students and ultimately lead to a better educated and more highly skilled workforce.”

Does any of this sound like these two women want to REPEAL anything they’ve either continued from Brad Henry’s administration or developed themselves in conjunction with the federal government?  IT DOESN’T TO ME, so let’s just follow this to its logical conclusion:
After reading this, does anyone believe a bill will be passed that actually stops Common Core this session/year?  Yes, it might repeal it from law, but our Governor and Superintendent will find a way to continue the process, I feel sure.  They HAVE to!  Think of all the tentacles these women have let into the state through their federal grant/waiver grabbing!

It appears to me that no matter what, Janet Baressi and Mary Fallin have entangled Oklahoma in such a web of federal intrusion (all the while saying they hate federal intrusion) that it’s going to be difficult to stop ANYTHING at this point if we don’t get rid of these women come election time.  We can sign all the bills and write all the bills we want, but if those in power aren’t interested in solving the actual problems created by all the federal government red tape they’ve created, I don’t see anything changing – NOTHING.

As for HB3399, I completely agree with Linda Murphy who listed among her desires:

(Unfortunately, her two other desires – removing the American Diploma Project (ADP) and ACT testing are not found in HB3399, but existing school law included in the bill due to the presence of PASS references which were removed – and as such would require a separate bill altogether.  Also, until colleges and universities do away with ACT testing, I don’t see that as viable, sadly, and Janet Baressi employed John Kraman who is from both ADP and Achieve, so again, I think you have to remove our current Superintendent and replace her with someone who is interested in removing Oklahoma from these associations for that to happen.)

Also sadly, I don’t see keeping PASS as an option – again because of what we have heard about the process.  I think the interim can be stretched and possibly the task force and I would LOVE to see us dump Measured Progress and stop testing over Common Core but I have no idea how likely that actually is – we’ll just have to keep pushing the issue.

Fortunately, there are some really good things in HB3399 that never get talked about for some reason. You can find them in my earlier blog with my talking points, but none the least of these are that it prevents the State School Board (SSB) from ‘ceding’ authority of state standards to any outside entity – meaning we can’t use Common Core (or OAS) in the future because they have a national origin and were created outside our state.  In addition TESTS must be designed, owned and controlled by the SSB.

Again, until we decide we want to have political leaders with the political will to extricate Oklahoma from the federal government – not by word but by DEED – we will continue to get the same thing over and over and over.  We MUST think on these issues as we go to the ballot box in June and November and we MUST show up there with a well-educated decision or just get used to same ol’ same ol’ all over again.

Bottom line: If we will be forced to use OAS (Common Core) tests and standards for two years while we create new standards, I won’t be able to support the ‘repeal’ portion of the bill (I like several of the other issues addressed by/in the bill and would hope we could keep the bill alive and move forward with those).  There will be little reason to have a “Common Core repeal” bill because the standards will have been so ingrained and imbedded with all the stuff I’ve already mentioned in two years, if it isn’t too late now, it will be by then.  At that point, we’ll simply have to leave the consequences in the laps of our Governor and State Superintendent a election time.

ADENDUM:   Lynn found an (addendum) to our FIRST No Child Left Behind Waiver.

“The Oklahoma State Department of Education is in the process of amending Oklahoma’s ESEA flexibility waiver. The documents listed here highlight the contents of this amendment. Some of the major changes include the definition of Full Academic Year (FAY) status and the new Annual Measurable Objectives (AMO) calculations. This replaces the NCLB Accountability Workbook that was in place before Oklahoma’s request for ESEA Flexibility.”

This was up for public comment before March 25. I guess you just have to check the OSDE website each and every day to see what exactly is up for public comment. Here is the information.  It looks as though there are a number of calculations the OSDE is asking to change. Gosh, I wonder how much more money could go into the classroom if we weren’t spending all the money to make sure we’re appropriately kowtowing to the feds?

"The more any quantitative social indicator is used for social decision-making, the more subject it will be to corruption pressures and the more apt it will be to distort and corrupt the social processes it is intended to monitor."